I’ve had issues with my bladder and urinary tract my entire life.

As a young girl, I used to pee my pants all of the time. My first burning memory is from kindergarten when my crush, Kyle, stuck a straw in the body of a Capri sun, placed it by his crotch, and squirted it everywhere to pretend like he was peeing. (Might I add, that is some strange foreshadowing.)

All of the girls surrounding him – myself included – laughed.  I lost myself in the laughter and soaked my stockings.

Fast forward about 25 years, I have better control now and do not soak my yoga pants when I laugh hard.

But throughout childhood, my teenage years, and early adulthood, I got a lot of UTIs and took a lot of antibiotics. The antibiotics never addressed the root cause. They destroyed my gut, caused problems, and the UTIs always came back.

The straw that broke the camel’s back

Back in 2015, I got really sick. I went to Urgent Care and came out with a sinus infection + UTI diagnosis and a prescription for broad-spectrum antibiotics. I took the full cycle and felt worse.

I went back to Urgent Care. The sinus infection had cleared up, but there were still leukocytes – white blood cells that indicate a UTI – in my urine. The doctor prescribed Ciproflaxin, another antibiotic.

I took the Ciproflaxin and continued to feel worse. Weird symptoms began to pop up out of nowhere. Anxiety, paranoia, panic attacks, chronic nausea, and even a gnarly butthole rash. I started to look into antibiotics and gut health and began to put two and two together. The antibiotics were clearly not helping, and they were probably making the problem much worse.

I went back to Urgent Care. They tested my urine, and once again, found leukocytes. The doctor prescribed Macrobid, another antibiotic.

He said that if this didn’t help, he would refer me to a urologist. He mentioned I may have interstitial cystitis which is complex and nearly impossible to treat.

I initially felt doomed, but then transferred over to solution-finding mode.

Around this time, I was starting to learn about eastern medicine and herbal healing. I did some research on the urinary tract, and somehow landed on D-Mannose.

I decided to not take the Macrobid. Instead, I ordered D-Mannose and tried it. I felt better nearly instantly.

I also ordered an at-home UTI testing kit, and to my surprise, after a few days taking of D-Mannose, my urine showed up clear of leukocytes.

Start with this supplement

D-Mannose is a simple sugar naturally found in high amounts in fruits like apples, oranges, peaches, blueberries, and cranberries. I don’t recall how I found it, but I’m really happy that I did.

About 80-90% of urinary tract infections are caused by the bacteria Escherichia coli (E. coli). This means that if you have a UTI, there is a good chance that E. Coli is to blame.

D-Mannose attaches to E. Coli bacteria. When you take D-Mannose, the bacteria stick to one another instead of to the walls of your urinary tract. This allows your body to flush them out and clear the infection.

When I feel a UTI coming on, I take this supplement and my symptoms go away within hours. It’s pretty remarkable.

I’ve recommended the supplement to friends and family, and they experienced the same result. A good friend was shocked when it saved her a trip to the doctor and got rid of her infection within about a day.

You can also take it as a preventative remedy. For example, I sometimes take it after sex. Women are vulnerable to UTI’s post-sex since our urethras are so short.

Try these supplements, too

If you have a stubborn infection, you may want some back-up support. Uva Ursi and Vitamin C are supplements that support the immune system and urinary tract.

One time comes to mind where I felt like I needed the trio (D-Mannose – Uva Ursi – Vitamin C).

I had this horrible sensation of sharp burning and stinging – like knives in my low abdomen – near the end of my pee stream. It was so intense that when it happened, I had to brace myself and grip the counter to get through the pain. I took D-Mannose, Uva Ursi, and Vitamin C, and pounded down some water.

By my next pee, the burning/stinging sensation was about 80% gone. By the pee after that, it was 100% gone. I haven’t experienced it since.

There’s one more thing I want to cover in this post.

We already know that most UTIs are caused by E. Coli. So if you have a UTI and you’re eating sugar, you’re probably prolonging your infection by feeding the bacteria.

It’s hard to picture how, say, the strawberries we eat, can feed a microscopic organism in our pee tubes.

But this idea came to life when I observed my husband face urinary tract issues after being diagnosed with gut dysbiosis.

Whenever he ate sugar, it became hard for him to control his bladder. We would be in the middle of doing something, and he would suddenly get the urge to pee. The urge would come on so strong that at the first sensation of needing to pee, he was nearly forced into a pee dance, jiggling around like he had ants in his pants. He would need to find a toilet or somewhere to pee within seconds. When he went pee, it would burn.

When he backed off from sugar, this intense urgency and burning vanished.

Strangely enough, we later learned that the bacterial overgrowth in his gut was Klebsiella oxytoca, which is associated with urinary tract infections.

The point? Some bacteria thrive on sugar.

When you withhold sugar, you starve them and prevent them from wreaking further havoc.

If you are dealing with a UTI, there is a good chance it’s caused by E. Coli.

If your symptoms are manageable, save a trip to your doctor and take these three supplements:

Drink lots of water. Lots. Shoot for about a gallon per day to flush those little buggars out.

If you have the will, limit sugar.

I would bet most folks will see some fast improvement with these things alone.

But, I am not a doctor. If you have an infection that’s not resolving, see one. It could be something other than E. Coli, or something else entirely.

If you are interested in watching or listening to this, I created a video on YouTube presenting this information. 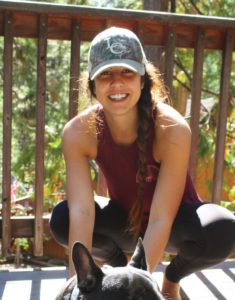 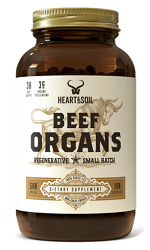 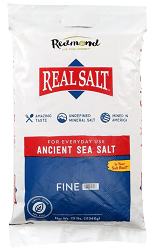